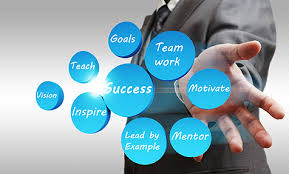 Have you ever wondered how to synergize your team? Often there is a synergistic quality of a team, that is it becomes more than the sum of its parts. What we can accomplish individually is exponentially increased when we work together.

Take the story of the Tower of Babel as an example.

The people were united under a single language. The set out to make a great name for themselves. Their goal? Construct a large city with a tower tha

t reached to the heavens.

The Lord said, “If as one people speaking the same language they have begun to do this, then nothing they plan to do will be impossible for them. ”(Genesis 11:6 NIV)

My take on these words is basically when we work as a team, there is nothing we can’t do. Could they have succeeded in building a tower to the heavens? I am not sure, but think of all the things that teams of people have accomplished: The Great Wall of China, The Pyramids of Egypt, NASA, putting a man on the moon, the International Space Station, and the list goes on.

When I read bible passages, I have to take time to think how it applies to me. So take a minute and read that verse again, or even the entire chapter and ask yourself, how does that apply to me?

Think of all the things you do, whether at work, at church, wherever. How much easier would those tasks be if you shared responsibility? In the workplace it is called a committee. In school it is called a group project. What are you doing that could be made better by working with a team?

Steps to synergize your team

1. Identify your task and goals
The people decided to make a great name for themselves

2. Assemble your team
They were united with a single language and single location

3. Assign tasks
The people had the visionaries who said  “let’s make a great name for ourselves” .  They had the leaders who decided where to settle. They had the brick makers, and the builders. Let everyone work in their strengths. I feel very strongly about this, and I think it is the step that is often overlooked.

When you work using your strengths, the team can compliment each other. Sometimes when you do things are you are good at, or like to do, it does not seem like work, and morale is kept high. The team enjoys its work.

4. Let synergy happen  When everyone works together the team is stronger and the outcome is better.

When have you been a part of a team like this? What is something you are doing that could be made better by working together? Set your goals, assemble your team and get ready to accomplish great things.

2 Characteristics of an effective leader