Exodus 17:8-9 The Amalekites came and attacked the Israelites at Rephidim. Moses said to Joshua, “Choose some of our men and go out to fight the Amalekites. Tomorrow I will stand on top of the hill with the staff of God in my hands.”

In these verses we find Moses and the Israelites attacked by the Amalekites.  If you continue reading the story, there are several things that we can learn from Moses and his leadership.

Moses had God with him

Moses took the staff of God with him.  Any time Moses faced a situation, or God wanted to do a miracle, the staff was there. Think back to the plagues, parting the Red Sea, and getting water from a rock. It was not that Moses had a magical staff. The staff was a symbol of God’s Power. Carrying the Staff of God was a reminder that God was with him.

Moses was not alone.

Exodus 17: 10 So Joshua fought the Amalekites as Moses had ordered, and Moses, Aaron and Hur went to the top of the hill.

Even though God was with Moses that was not enough. Moses did not face the battle by himself. He had a right and left hand man with him.

To paraphrase Michael Jordan—your talent may win you the game, but it takes teamwork to win the championship. There is much value in a team.

As long as his arms were up, the Israelites were winning the battle. As he lowered his arms, the Amalekites were winning. Moses could rely on his own strength for only so long before he grew tired. If he only counted on his own strength, the Israelites would only win for so long, but at the end of the day he would be too tired, and they would have lost. But the good thing is Moses did not just bring along his team just so he wasn’t alone. He accepted their help in holding up his arms. When Moses was too tired, they came alongside of him and held him up so their army saw success. Where Moses was weak, Aaron and Hur were strong.  It is not enough to just build a team. Hopefully those on your team have strengths that are different than yours.

Leadership Lesson #3: A great leader allows the team to help in areas the leader is weak

At the Lord’s prompting, Moses wrote down the story of the victory. As a way of celebrating and remembering, he built an altar. Generations of people to follow would be able to look at the altar and be reminded, as well as read the scrolls to see how Moses was obedient and God was faithful and the Israelites were victorious.

Exodus 17:14-15 Then the Lord said to Moses, “Write this on a scroll as something to be remembered and make sure that Joshua hears it, because I will completely blot out the memory of Amalek from under heaven.”  Moses built an altar and called it The Lord is my Banner.

There is nothing better to help get us through a tough time than to think back to past events when we were successfull.  Success is a pwerful motivator. It is important to celebrate when we are successfull, and it helps to reference past successes when trying to press forward in a trying situation.

So what do you think about the lessons in leadership from Moses? Who else can you think of that we can learn some leadership lessons from? How can you apply these lessons to your own leadership?

2 Characteristics of an effective leader

Life Lessons from a baby bird

Difference between Leadership and Management 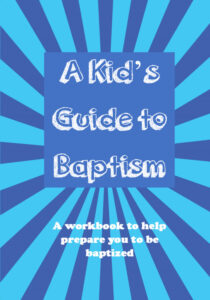